How wood homes become a haven

Natural building material has inherent strength to face up to earthquake, wind and fire hazards 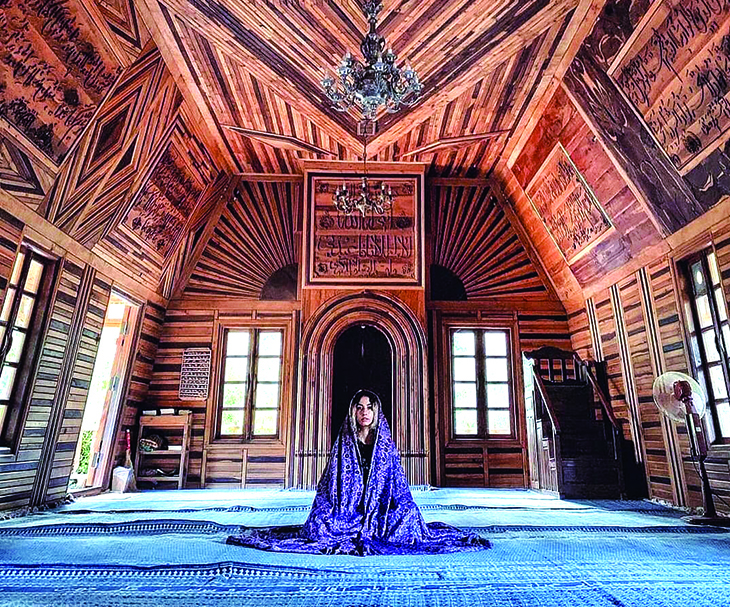 This mosque, built according to the earthquake seismicity of Nishapur in Iran, is regarded as the first earthquake-proof wooden mosque in the world. It has an area of 200 square metres. Source: i.redd.it

Wood has inherent acoustical and thermal properties that augment its structural capabilities. As a result, wood use in a project can help maintain the desired indoor environmental quality where noise and thermal comfort are valued.

Wood is naturally sound-damping, offering excellent noise control. As a result, wood has long been specified for applications requiring the amplification of sound (such as a concert hall) or its mitigation (such as a library).

Acoustic design considers a number of factors, including building location and orientation, as well as the insulation or separation of noise-producing functions and building elements. Wood can contribute to insulating and separating areas of a project.

Designers can also establish STC ratings for the project and specify materials and systems to ensure the building performs at that level. This should be considered during the project’s design phase.

There are many sources of noise throughout the building and around the site, from the continual hum of the HVAC (heating, ventilation and air-conditioning) system to the chatter among building occupants to the intermittent whir of emergency vehicles and other traffic outside.

Such noise can travel above or through the ceiling, deck and floor joists, windows and doors. Sound can also travel through fixtures and fittings, such as electrical outlets and recessed light fixtures. Perimeter joints and wall partitions are also vulnerable to sound transmission.

In addition to also being easy to clean, wood has the ability to be sourced locally and store carbon, strong thermal performance, low VOC emissions, and reliable behaviour during fire and seismic events.

As an insulating material, wood has a role to play in ensuring building interiors can achieve efficient, desirable thermal performance. However, wood doesn’t act alone.

A building’s shape and orientation, the volume and location of the thermal mass, the efficiency of enclosures such as windows and doors, and the degree of insulation used are all factors to consider when evaluating thermal performance.

However, as thermal efficiency requirements for building enclosures increase, wood is a natural solution to pair with other insulating and weatherising materials to ensure consistent thermal comfort indoors.

Unlike concrete and steel, wood does not need a thermal break between the structural and exterior envelope. Wood sheathing products, such as plywood and oriented strand board, can be an asset to designers looking to implement continuous, solid exterior barriers to prevent air leakage.

Due to their thickness, these wood products deliver thermal insulation and thermal mass. For projects seeking to meet net-zero energy or other stringent energy performance criteria, wood can store solar heat energy during the day and release it at night, reducing energy loads.

Earthquakes are a critical concern for design professionals working in some of the most populated and vulnerable regions of the globe. Because seismic events cannot be prevented, buildings in those regions must be designed to maintain structural integrity and keep occupants safe.

Recent seismic events – as well as research into material performance – have given designers and engineers critical insight into how buildings perform under such stress, which is reflected in building code and project applications.

Research has proven that timber components, assemblies and entire structures are capable of meeting or exceeding the most demanding earthquake and seismic design requirements.

Wood products and systems give designers and engineers a readily available and robust selection of code-approved building materials that can help commercial and residential buildings and other infrastructure better withstand seismic events.

•        Wood’s ability to withstand high loads (inherent flexibility) for short periods of time and retain its elasticity and ultimate strength is an asset in seismic zones;

•        Wood-frame buildings typically weigh less than those made of concrete and steel, reducing inertial seismic forces, which are proportional to weight and are more extreme for heavier structures;

•        The ability to yield and displace without fracturing under an earthquake’s abrupt lateral stresses (ductile connections) is an attribute of wood-frame construction which features several nailed connections that allow it to respond to seismic events without critical failure;

•        The numerous fasteners and connectors used in wood-frame construction offer multiple, often redundant, load paths for seismic forces, reducing the chance that the structure will collapse if some connections fail;

•        The thickness of mass timber panels and the number and size of nails fastening the assemblies determine each component’s stiffness. Heavy bracing for shear walls can resist lateral distortion common in earthquakes.

In a fire, the char forms on mass timber at a predictable rate, slowing combustion, while retaining strength and allowing time to evacuate the building.

The International Building Code (IBC) considers fire impact management and fire ignition prevention in its guidance on fire resistance. Wood products may be responsible for load-bearing functions, separating functions or both.

The IBC considers the following factors when determining fire resistance, or how long a component or assembly can continue its function(s) during a fire event:

•        Structural resistance: the duration the assembly can support its load during a fire event;

•        Integrity: whether the assembly can prevent the spread of high-heat flames and gasses;

•        Insulation: whether the assembly can prevent temperatures on surfaces not directly exposed to flames from rising above its pre-fire temperature by 180°C), or 140°C on average.

In occupied buildings, methods to mitigate the impact of fire on life, safety and property include firewalls, gypsum encapsulation, automatic sprinklers, fire detectors and evacuation plans, and fire department consultation and approval.

Research and analysis show that wood not only meets prescriptive fire safety and protection codes, but it often surpasses them. In a fire test, a 7-inch-thick wall comprising cross-laminated timber (CLT) with 5/8-inch Type-X gypsum lasted 3 hours and 6 minutes. That is 1 hour longer than code requirements!

Buildings everywhere face the risk of damage due to high winds, with each structure reacting differently according to its stiffness, strength and shape. So, all buildings must be designed to safely respond to lateral wind loads.

Wood’s elasticity and strength give buildings an advantage during high-wind events. There are many ways in which wood can be used to help buildings resist high winds, which can occur along the length and width of the building, as well as through vertical uplift.

In high-wind events, loads are typically applied in a series of short spurts. Wood is effective at resisting these loads because its elastic limit and ultimate strength are higher when tested for short periods of time.

Wood sheathing in the form of wood structural panels, fiber board, particle board and board sheathing can be used as diaphragms and shear walls that transfer loads delivered by wind events to the building’s foundation.

As with seismic performance, wood-frame construction’s numerous nailed connections give the load more paths to follow, reducing the chance of a structural collapse should some connections fail.

Courtesy: www.thinkwood.com. Think Wood is a communications campaign in the US (West Linn, Oregon) which provides commercial, multi-family and single-family home design and build resources to architects, developers and contractors. 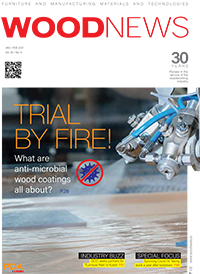 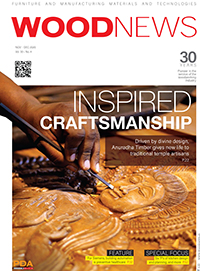